Historically, the Maigue was recognised as a salmon fishery. Up to the middle of the 17th century, there were at least seven head weirs in the Maigue estuary below Adare where salmon were taken. There were also two salmon weirs associated with the monastic settlements in Adare up to the dissolution of the monasteries (Went 1960). By the end of the 19th century, salmon runs had declined significantly, probably because of over fishing in the Shannon Estuary:

“Let me direct your attention to the River Maigue, which flows into the Shannon estuary a few miles below Limerick. This was once a well-known salmon angling river, but according to the testimony of Mr. R., who was born on its banks, it has totally erased from people’s minds as a fishing stream owing to over-netting at its mouth and in the estuary, and consequent dearth of salmon. (A Salmon Fisher’s Revolt. A letter addressed by the Earl of Howth to the Irish Fisheries Inspectors 1895.)

The numbers of spawning salmon have declined markedly in the Maigue in recent years. As a consequent, the Maigue system has been closed to salmon angling since 2006 under the Wild Salmon and Sea Trout Tagging Scheme regulations administered by Inland Fisheries Ireland. The decline of salmon numbers in the Maigue has been paralleled in many other Irish salmon rivers. The cessation of drift net fishing for salmon in Ireland in 2007 was followed by a recovery of rod caught salmon numbers to a peak of 37,478 nationally in 2010 compared to a 2006 figure of 28,662. The bounce from the ending of the drift-net fishery seems to have been short-lived; numbers have been in decline since 2010, dropping to 25,107 nationally in 2015 (IFI 2016b). 2014 and 2015 exhibited the lowest number of salmon in the entire time series since 2006.

“The salmon population in Ireland has declined by 75% in recent years and although salmon still occur in 143 Irish rivers, only 43 of these have healthy populations” (Anon. 2008) 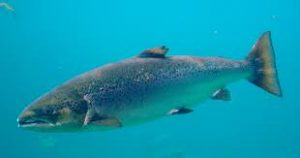